The Coming Pattern – with Julyen Hamilton

Sound music, the voice, words and dancing….also obvious that they go together! But how?

Over the past years both of these performers and makers have been tuning, refining and engaging compositionally and in numerous performances to work these elements. Excerpts of story, fragments of melody, movements and rearrangements of the body, aligned and placed together to make more than simple juxtaposition. To make a layering which touches and plays to different levels of our attention, understanding and emotions.

This multiple layering is The Coming Pattern.

And not simple composting of layers but a composition in which each layer plays and listens to the other layers, saying what is needed, staying silent when appropriate.

JULYEN HAMILTON is a dancer / choreographer / poet / teacher / musician. He has been making and performing dances for 45 years throughout the world. Born and brought up in England he trained in London in the 1970’s, a time of radical experimentation, he has been an exponent of innovative performance since that time. His work is mostly improvised : he composes dance works instantly as well as the texts which often accompany them. His work with text is unique. It fuses naturally his long-term writing practice with his refined skills in dancing.  His company ALLEN’S LINE, he has been performing their latest piece ‘BURST’ in Rome, Paris, Bruxelles and France.

George Kokkinaris is a double bass player, composer, improviser and performer. He performs in several concerts and performances, both as a soloist as well as a member in orchestras and chamber music ensembles. George presents multidisciplinary performances combining music with other forms of arts. He has collaborated with many dancers and choreographers such as: Julyen Hamilton, Konstantin Mihos, Juri Konjar, Marianela Leon. As a tutor, he organizes workshops for music and dance performances. He counts a growing discography with classical and contemporary music recordings. 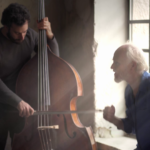 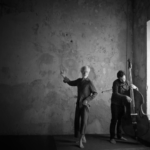 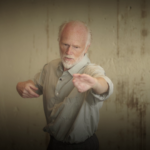 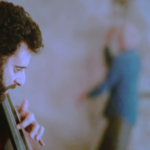