KOHMA is a free improvisation band with George Mizithras (aka MIZI – 0-input mixer, tapes, probing devices, toys crack) and George Kokkinaris at double bass. KOHMA researches the combination of electronic and acoustic sound. Sounds from everyday life, urban sounds, television and radio sounds, midnight silence etc, are all recorded on tape and converted in low-fi sound objects. Combined with electronically generated sounds, they consist of the main performance material. The acoustic instrument responds to every electronic sound, and tries to avoid its traditional role by being in constant harmony or counterpoint.

KOHMA’s first album is released. A live recording in cassette tape available here. KOHMA gives a series of free improvisation performances, aiming at highlighting this rare combination of electronic and acoustic sound. The result is based on intuition as well as on instant communication between two musicians that have been working together for quite a few years. 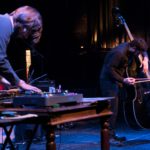 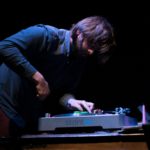 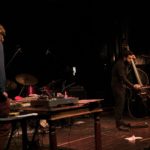 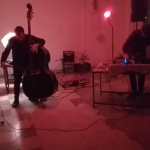